We Believe In Using

With Our Fellow Humans,

And Most Importantly With Our Beloved Pets.

Aislynn has always had a deep love and understanding for animals of all kinds ever since she was a little girl. However, her true intrigue for understanding canine cognition began with the adoption of her first rescue dog Apollo. Apollo was about a year and a half old, and Aislynn quickly found out for the first time what it was like to have a fearful, insecure dog. Apollo was such a sweet, loyal, loving boy to her as his owner. However within a few months of owning him, Apollo started growling and lunging at their guests coming through the front door. Aislynn soon realized this was a severe issue, and needed to be managed as soon as possible. Aislynn felt completely helpless. Every trainer seemed to be thousands of dollars, and she didn't know where to turn. This is the beginning of what sparked her interest in learning as much as she possibly could about dogs, their behavior, and the way they perceive the world around them. At the time Victoria Stilwell’s “It’s Me Or The Dog” was a popular show on Animal Planet and she began to obsessively watch, and to study her own dog, Apollo's, behaviors. Aislynn began to understand the importance of positive based training vs punitive training, especially when it comes to fearful, insecure dogs. Apollo had many people that loved and helped care for him, but sadly his aggressive behaviors became too severe. Unfortunately, Apollo's story did not end as a happy one. Although heartbroken, Aislynn took that experience and made it her mission to help as many people and pets as possible in Apollo's honor.

After a few years Aislynn decided to take the plunge into the veterinary field and learned everything she possibly could to truly make a difference in this world. In 2011 Aislynn began as a receptionist (client service coordinator) at Banfield Pet Hospital in Marlton, NJ and worked as hard as she could to advance her career. Within four months she was promoted to Veterinary Technician (Pet Nurse), and was taught to excel as an exam room technician, phlebotomist, radiology technician, laboratory technician, among many other duties that were required of her. Six months later she was trained in surgical anesthetic monitoring (spays, neuters, dental cleanings) at Banfield Pet Hospital.

In August 2012, Aislynn was hired as a veterinary technician at Mount Laurel Animal Hospital, and rapidly learned how fast paced an emergency animal hospital could be. It was at Mount Laurel Animal Hospital she learned true quality care should always be a priority. She learned about emergency care, pet CPR, extensive surgical monitoring, in patient care, & how to truly help clients through some of the most difficult moments of their lives. Most importantly, for her passion of animal behavior, she learned about proper restraint with pets in small confined spaces, and how to really be able to read body language efficiently in high pressure situations.

In 2013 Aislynn began Penn Foster Career School’s Dog Obedience Trainer program. Then in June 2014 she decided to take a risk and start up her own company for the first time ever, thus Ace Of Paws was born. July 2014 Aislynn decided to focus 100% of her time to Ace Of Paws, which unfortunately meant leaving the job she loved very much at Mount Laurel Animal Hospital. Luckily, the owners and staff at Mount Laurel are kind, compassionate, supportive people, and still to this day Aislynn has a great working relationship with them.

In October 2014 Aislynn completed her first program in the dog trainer field and was now a Certified Dog Obedience Trainer/Instructor through Penn Foster Career School. Although Penn Foster's program taught her about the use of all dog training tools and methods, Aislynn decided it was her duty to educate dog owners about the large benefits of earning their dogs trust, and the importance of having a positive based training experience together..

​Aislynn has always believed in kindness, and treating others the way you would like to be treated. So she thought "Why would I run my business any differently?" For many years, Aislynn was told by many people that she would not get anywhere by training dogs solely positive based. Luckily deep down she knew there had to be a better way then “forcing a dog into submission” or pretending to be their “alpha”. Aislynn's goal from the beginning has been to build an entire team of like-minded individuals who truly value the bond between canine & human, and to genuinely help as many dogs and families as she can. Our mission is to educate owners, rescues, and the animal world about the importance, benefit, and the necessity of doing positive based training with their beloved companion.

Aislynn is a proud member of The Pet Professional Guild, The Association For Force-Free Professionals, is a volunteer for Don't Bully Us Rescue, and is currently enrolled in CATCH Canine Trainer Academy's Master Class.  Once her program is completed Aislynn will become a CATCH Certified Behavior Consultant, and will be able to take on more challenging cases as a whole. As of present day, Aislynn is a proud mommy to her new beautiful rescue girl Twixie (from Don't Bully Us Rescue). Unfortunately in December 2018 Coorise girl lost her battle with Canine Lymphoma & in November 2019 Evie girl passed away due to liver cancer. 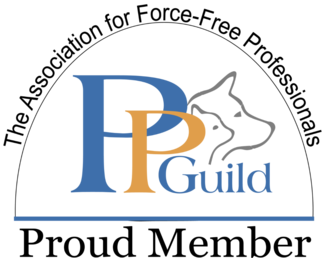 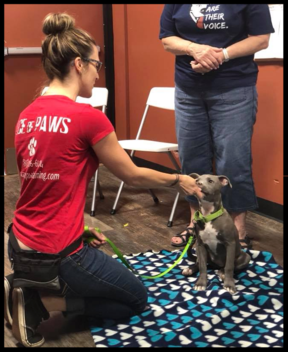 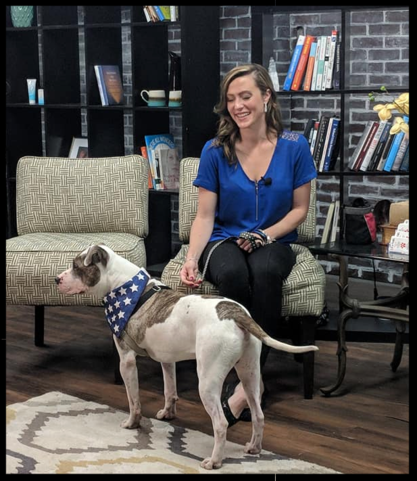 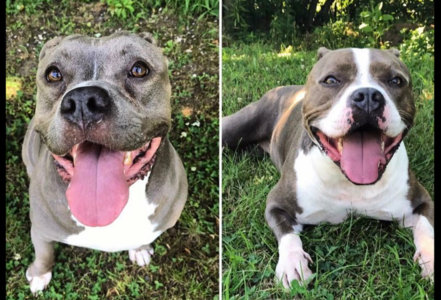 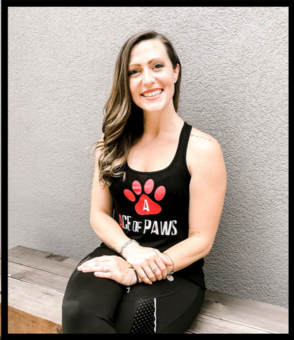 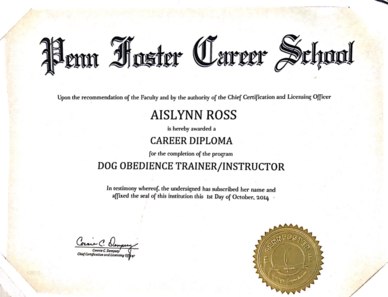